The Apple wireless AirPods II are a miracle in the field of tech gadgets. Their stylish and convenient design, as well as the newly-introduced and exclusively developed H1 smart chip, put them ahead of the curve when compared to other Bluetooth headphones. Most importantly, AirPods II were invented to support a wireless charger without undergoing significant changes to their appearance and size.

To learn more about AirPods II, follow our teardown step by step and see everything these revolutionary headphones have to offer.

The packaging itself isn’t much different from the prior product—a white background, as before, and in the center, the Airpods II headphones. Other than that, there isn’t any information about the brand or model.

An image of the charging case with the Airpods inside is printed on the back of the box with half of the headphones showing, and the LED indicator on the front is on. The product’s name AirPods is printed on the lower left-hand corner. Under it is printed “wireless charging box included” with translations in French, German, Italian, Spanish, and Japanese. The wireless charging case is one of the highlights of the AirPods II upgrade.

On the other side, there is a Chinese label of this product, which indicates that it’s a China-produced Apple product. The printed information is as follows:

Name of the product: wireless headphones

Install the newest compatible version of iOS device, Apple Watch, or Mac. Suitable for AirPower and charger approved by Qi.

Let’s carry on with the unpacking. The package contains a charging case for the AirPods II, one Lightning charging cable, and several instruction booklets.

When the charging case is opened, the AirPods are vertically oriented inside. The openings hold the Airpods quite snugly to reduce wobbling and collision while carrying them around.

The 52 Audio Web performed a wired charging test using ChargerLAB Power-Z KT001. The speed of the electric current while charging was 214.9mA.

In another test using ChargerLAB Power-Z KT001, the speed of electric current while charging was 305.2mA.

Now for the teardown of the charging case. First, we removed the internal frame from the C side, or the part of the case that fits the AirPods.

A large, empty space can be seen after removing the holder of AirPods. Components such as a sleeve-like case structure and a motherboard are attached to the inner wall of the plastic cylinder. The inner cylinder is glued to the outer case. The Airpods’ holder, battery and motherboard each took nearly ⅓ of the space in the charging case.

Upon removing the battery you can see a Chinese label. The information reads:

The model number of the built-in battery within the charging case is FG9837525B, and the battery capacity is 1.54Wh.

There is a black circuit protection board on the battery, serial number 63900687 BZAA8337W.

The motherboard in the charger case is connected to the battery compartment connection cable socket using a 90-degree metal sheet and screws.

.After removing the screw, the AirPods holder is separated from the motherboard.

The inner cylinder has been removed, and now the inner structure of the charging case is fully visible.

The two modules, the wireless charging coil and matching button in the center are visible here.

There are four metal contact areas on the back of one of the white plastic components. There were only two rectangular golden contacts on the AirPods I button module, meaning two wireless coil contacts have been added to the AirPods II button module.

A jog button is under the button module.

On this side, a hall sensor is visible. This detects whether the lid is closed or open.

There’s another independent module at the bottom of the Airpods’ holder with a cable stuck to its underside.

There are four copper contact sheets, each having a large contact area to make sure the charging process goes smoothly.

Two magnets in the charging box hold the AirPods into position when they’re stored in the case.

Next, let's look at the motherboard. The front side of the inner cylinder is where the motherboard is held in place with four elastic metal contact sheets.

There is a plastic structure on the other side of the inner cylinder (visible after the battery is removed) which holds a Lightning interface board in place with screws.

When the Lighting interface board is removed, the cable on the bottom of the Lightning interface is still attached to the Motherboard with screws.

A close-up shot of the Lightning interface.

The serial number 88ZDA found on the back.

The motherboard is covered with soft and transparent waterproof rubber, which effectively increases the mechanical strength of these tiny components and provides better protection.

After the motherboard is removed, we are left with a plastic frame.

Close-up shot of the front of the motherboard.

The four metal contact sheets on the back of the motherboard function as contacts for the wireless charging coil and the button module.

The IC of silkscreen 3D F7.

The IC of silkscreen DP BM.

The IC of silkscreen CET.

The IC of silkscreen T5AX JKD.

The IC of silkscreen SDG.

The IC L476MGY6 is actually the microcontroller of model MCU STM32L476MGY6 – ARM Cortex-M4 from STMicroelectronics.

The IC of silkscreen 7AG.

The IC of silkscreen 86MI OEH.

The IC of silkscreen HTL LA.

Complete teardown of the charging case

Moreover, AirPods II know when you’re listening. Optical sensors and motion acceleration sensors allow for the automation of different audio experiences, such as activating the microphone for Siri and voice chat and the AirPods playing immediately when a person puts them on.

In addition, users can choose to use just one headphone or both at the same time. When listening to music, one can start the music or skip to the next song by lightly tapping on the AirPods two times.

The CMIIT ID and product model are printed on the bottom of the headphones. The molding line is visibly defined.

The charging contact point is located on the bottom of each headphone. There are two semi-circle metal contact sheets separated by a plastic divider in the middle. The microphone is in the center and is protected by a dust-proof metal grate.

An acceleration sensor on the outside of the AirPods.

On this side, there is a large inverted hole with a dust-proof grate.

On the headphone bud, the strip-shaped hole is for air balance, and the circular hole is a transducer.

The hole for sound has a metal dust-proof grate.

Next, let’s tear down the AirPods II. The professional teardown commissioner from 52 Audio chose to cut them open vertically from the side.

The back lid has been removed and the inner structure is visible.

The inner structure of each AirPod is identical.

The charging contact sheet on the bottom with a dust-proof grate for the microphone in the center.

The back of the headphone casing. There is a sensor window on its inner wall.

The L-shaped inverted hole is an independent plastic module.

The compactness of the hardware and the way it is stacked in each Airpod is impressive.

The antenna covered by the AirPods’ battery.

The microphone on the bottom covered with a white translucent dust-proof net.

The negative wire solder joint of the battery appeared after removing the upper layer.

The positive wire solder joint of the battery.

The microphone at the bottom surrounded and protected with white rubber.

The corresponding position of the noise reduction microphone hole on the back of the headphone is covered with black rubber.

After removing the black layer, we see a MEMS patch silicon on the back.

The other side of the module.

The communication antenna of AirPods II half wrapped on the surface of the battery.

A coaxial socket on the back end of the antenna.

Close-up shot of the coaxial socket.

The acceleration sensor on the back of the headphone, integrated on the cable.

When the cover of the headphone is removed, a grey protection case can be seen. The gold part is the sensor antenna.

The sensor window and dust-proof grate from the inside of the headphone cover.

The antenna of the sensor is printed on this plastic cover. A sensor is placed in the middle of the cover, and the sound hole is on the other side.

The complete antenna area is under the sensor.

The AirPods have three pieces of PCB. There’s a big one, a medium one and a small one. The black tape on the side of the battery extends from the motherboard all the way to the edge of the microphone.

The speaker is stuck to the other side of the motherboard.

Battery compared to an RMB coin.

There’s a QR code on the left side of the battery and +GOKY93mWhA1604 is printed on the right side. The capacity of this battery is 93mWh.

The T metal is on the back of the speaker. There is no information about the headphone’s parameter on the bottom.

The structure of the speaker is a dynamic circle. A metal dome and plastic diaphragm function well at both high and low frequencies.

A tiny PCB sub-board connected to the end of the battery cable is wrapped with solid rubber.

The other side of the small PCB sub-board.

The other side of the PCBs .

There is no component on the back of the main PCB. Test points are finely distributed.

The IC of silkscreen KNV LA.

The IC of silkscreen BW A09.

Apple 343S00290 chip. This is the Apple H1. The inner component of this chip is understood to integrate the Cypress SoC, the Maxim audio codec, the Bosch MA280 accelerometer, the ST three-axis accelerometer, the ST calibrator, the TI Texas Instrument data converter, and more. It supports Bluetooth 5.0 and has a lower power consumption than the previous generation.

To precisely demonstrate the size and integration of this chip, 52 Audio marked its size.

The Apple H1 chip compared to an RMB coin.

Full teardown of all components.

Conclusion of the teardown by 52 Audio.

The look of the AirPods II headphone charging case isn’t much different from the prior generation. It includes an optional wireless charging function, but it’s the same size as the AirPods I case. This improves the charging experience to a large extent without requiring the customer to change any of their old habits to adapt to a new design.

Regarding the headphones themselves, the biggest improvement is the new Apple H1 chip. It integrates multiple components such as SoC, the audio decoder, and a variety of sensors and Bluetooth functions. There aren’t any obvious changes to the speakers, and the sound quality remains unchanged from the classic tri-band equalization style of Apple headphones. Customers will enjoy some new perks with the Apple Airpods II, but the look, the sound, and the function remain largely the same as the original Airpods. 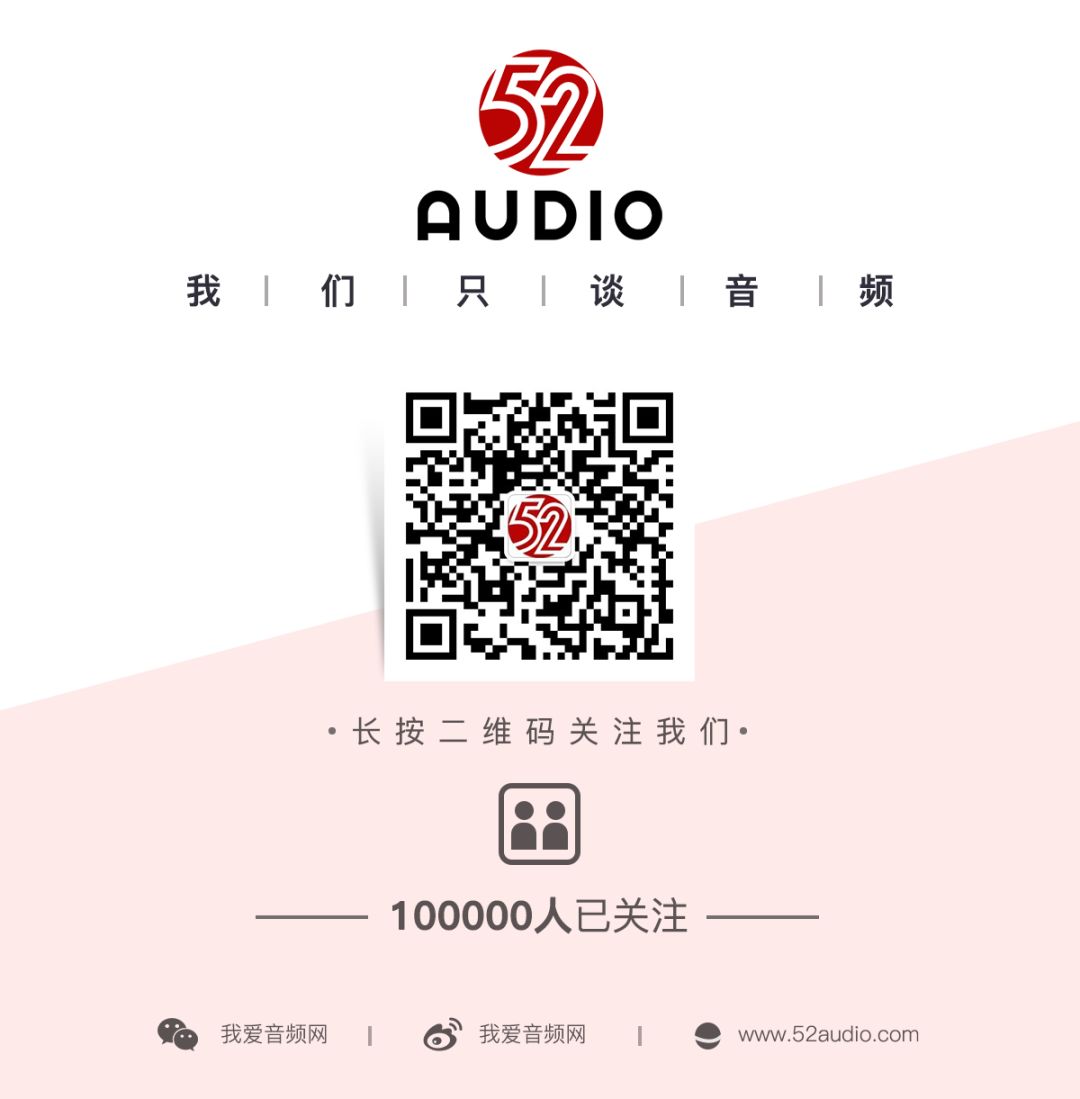